The widespread and age-old belief that searing meat locks in all the flavorful and healthy juices are still repeated and in full effect today.

This theory was first placed into practice by a Greman Chemist and food scientist in 1850.
After that, the notion was embraced by many cooks using searing grills and followed by authors with more contemporary beliefs.

Believed to typically make foods such as meats from non-poultry sources more succulent and juicy, with a tried and tested theory.

It is believed that less moisture is lost when searing after the cooking process, and better flavor benefits are hence gained.

Searing on a grill or pan is a technique used in which the surface area of meat or food is cooked at a high temperature, almost up to a burning point, until a brown crust is formed; you may have also heard of flame grilling, which is the same technique.

This method is used to sear all sides of a meat or food surface, and the temperature needs to exceed around 150 degrees. Likewise, the food’s surface should be free of water or moisture for this process to work at its best.

Why is This Technique so popular;

The two Types of searing that you will get is Reverse searing, or Pre-Searing.

Benefits of Searing Meat and Foods on Your Grill 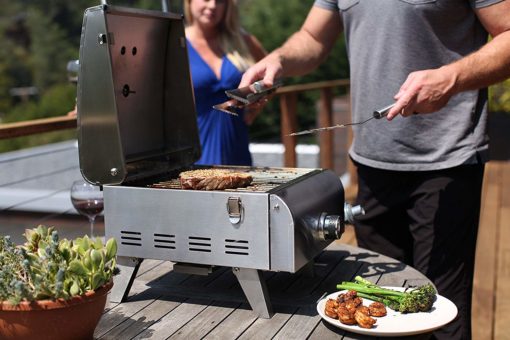 There are just so many benefits to Searing or foods, here are only a few;

Features of a Good Grill for Searing 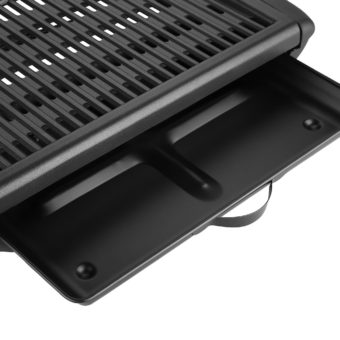 Below are some of the Best Available Grills that are ideal for Searing and picnics;

One of the most popular searing grills in the healthy Grill departments, and I am personally the happy owner of one of these.

The Hamilton Beach Indoor searing Grill comes with a portable easy to clean, Non-Stick plate and has an extra-large drip tray.

From Simple Living, we have the highly advanced smokeless searing grill and BBQ grill powered with infrared technology emitting almost no smoke.

This is a portable electrical model of the indoor-searing grill with a non-stick surface coating.

Another superb model from Hamilton Beach is the Raclette Indoor grill with its 200 square inches no-stick serving surface.

Buy on Amazon
Buy on Walmart

The Cuisinart Searing Grill is popular amongst many professionals and is a small tabletop standing Gas fueled searing grill, ideal for smaller homes and apartments.

John Max is a registered dietitian and certified strength and conditioning specialist based out of Manhattan, NY. He has worked with people of all age groups. In addition, John also has years of practical food knowledge, and hands-on cooking led John to create this website and contribute his knowledge on healthy grilling techniques. John also regularly tests and analyzes the benefits and features of as many grills as possible. Without a surprise, many of our readers love his reviews and testing style for how thorough and straightforward they are.